How To Make A Fairy Mobile For Children 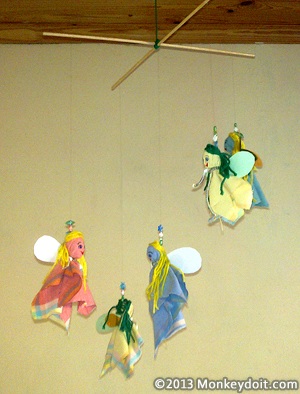 There probably isn’t an individual alive on earth today who has not, by the age of ten-years-old, asked the question, ‘do fairies really exist?’

Fairies have had a few top-minds baffled in years gone by. Some have claimed to have actually seen them, and taken photographs of them, while others believe that they do exist but can’t be seen in this; our dimension.

Fairies are seen as the guardians of nature. Brian Froud was one of the first writers to ever go deep into the fairy realm, deep enough to explain each fairy’s personality traits and physical appearance. He said that in the woodlands one would find pixies, sprites, goblins, gnomes and fairies, and that these are just a few of the woodland folk that exist on earth. His book, 'Fairies

', is well-known by fairy lovers around the world.

In older times fairies were seen as the ‘little people’ - a group of forest dwellers that were, in fact, humans that possessed magical abilities to heal. It was said that because they lived in the forest, they evolved to be a lot smaller than your common city-dweller; they did not need to be as strong and physically well-built. Some say they still exist!

As far as characters in children’s stories go, we have Fern Gulley, Tinkerbell and those found in more recent films like Epic, to name but a few.

Perhaps the most sensible information that can be given about fairies is that they do exist, but as sparks of light; as frequencies or vibrations, so they may not necessarily have flesh and blood bodies, but if they were to be likened to any creature, they would be likened to humans - but far, far smaller.

Regardless of the truth at hand, everyone loves fairies - especially children, mostly because they are so mysterious. For the purpose of this article we will be making a magical fairy mobile (with a lot of fairy love) that can be hung in a child’s room for them to enjoy! 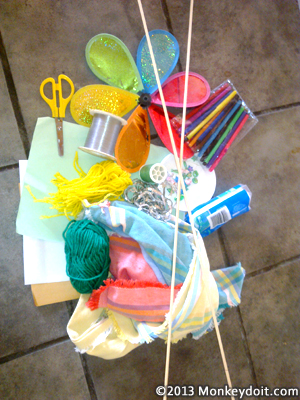 1. Scraps of material/cloth roughly A5 in size - different colors

11. Odds and ends like sequence, glitter, holographic paper, beads - all for decoration

How To Make Your Fairy Mobile Step By Step: 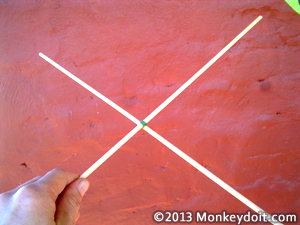 2. Cut your material/cloth into squares, just shorter than the size of an A5 sheet of paper. For this article we have made five fairies. 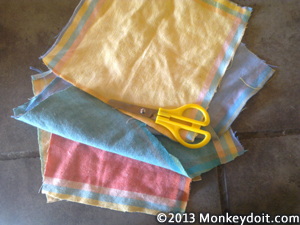 3. Hold one of your cloth squares in the palm of your hand forming a cup and then fill the cup with a golf-ball sized ball of cotton wool. 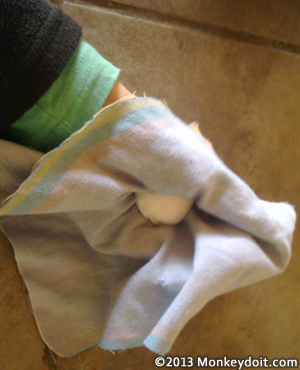 4. Close the cloth around the cotton ball, twist the cloth underneath the ball, and then secure it with a piece of thread wrapped tightly around the ‘neck’ of the cloth fairy doll. Repeat this until all five fairies are made. 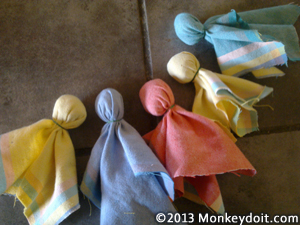 5. For this article we have tied a piece of sequenced string around each fairy’s neck as a pretty silver necklace. You can use other decorations of your choice. 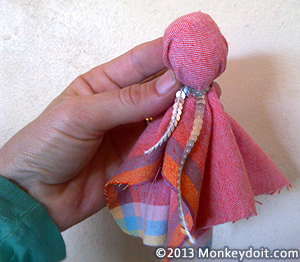 6. Cut your wool into short strips, then take a handful of the short strips and fold them in half. Place your ‘upside-down horse-shoe’ shaped hair on top of the fairy doll’s head, then using your needle and thread, secure the woolen hair to the fairy doll. You will only need to loop the thread around the hair in three or four places; the hair won’t need to be too tightly secured. 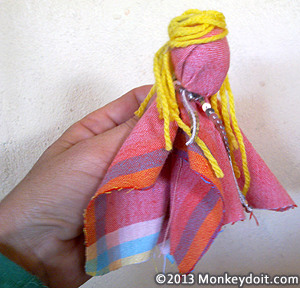 7. Cut your paper (and holographic paper if you have any) into slender figures of ‘8’. In this article we used a smaller piece of holographic paper on top of a larger piece of colored paper to make wings. You can, of course, use any paper and choose to decorate it with glitter and colored pen designs of your choice; make the wings look how you want them to. 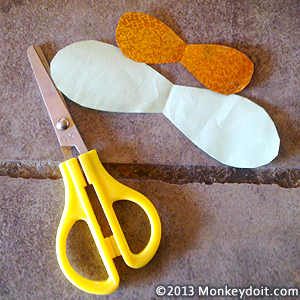 8. Once your wings are complete (one set per fairy doll) fasten them to the back of each fairy doll with a single loop of thread using your needle and thread. 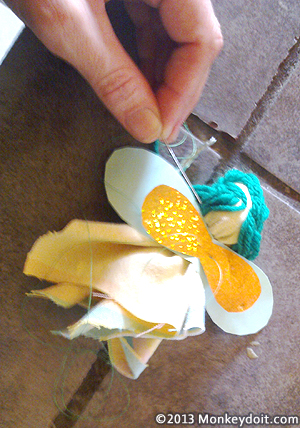 9. Use your colored pens to draw the faces on your fairy dolls. 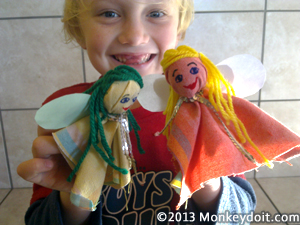 10. Using your fishing wire and needle, thread a few beads along the wire. Hold one end with your fingertips so that the beads don’t fall off, and then loop the fishing wire through the top of the fairy doll’s head. Fasten the wire with a few knots. You should be able to now hold your fairy doll in the air from the fishing wire. 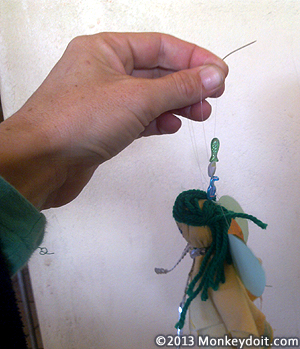 11. Fasten each fairy to the dowel stick ‘X’ or ‘+’ (at random lengths) so that they hang from the dowel sticks. As we have made five dolls, we fastened a fairy to each end of the ‘X’ and one in the center. 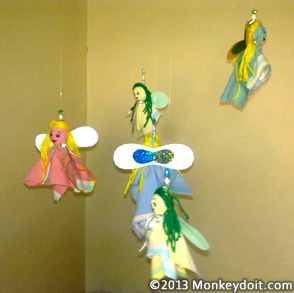 12. Finally, tie a piece of wool to the center of your ‘X’ which you will use to attach the mobile to your ceiling. 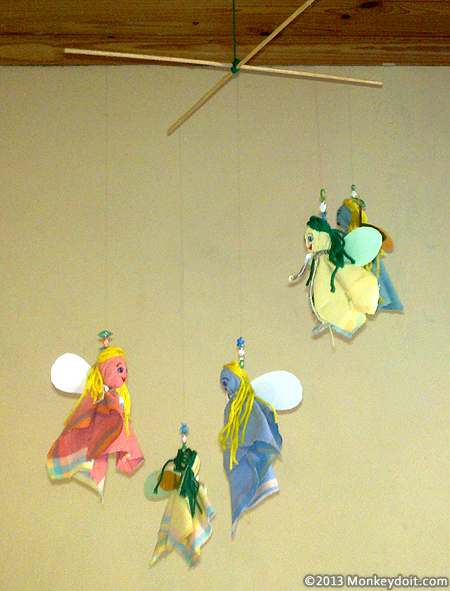 This is truly a fun project for children and adults alike, and it’s extremely rewarding to see your creation in motion. If a window is left open, the mobile will turn momentarily in the breeze allowing the fairies to look as though they are in flight.

How to Create a Bracelet with a Sliding Clasp
Tutorial that shows you how to create a square knot sliding clasp for jewelry.

Create a Fun Flower-Pot out of a Plastic Cup
A fun flower-pot project great with or without children.

How To Make A Plastic Bottle Bird House
A simple bird house using a plastic bottle that costs next to nothing to make.